of the archaeological site

The knowledge of the architectural heritage is the first step for conservation.

The complexity of the conservation process, the amount of data that this produces and the heterogeneity of the subjects involved requires the use of tools that allow for the management of all available knowledge and the use of suitable equipment. The survey and storage of data can represent the first useful actions to implement monitoring, diagnostics and maintenance actions.

"For the Nuraghe Diana, various surveying and digitization campaigns were conducted, which accurately and completely portrayed the current state of the archaeological site: to improve the current knowledge but also to evaluate its evolution and monitoring over time."

In addition to memory and cataloging, the laser scanner survey of the archaeological site is the first step for the creation of a detailed three-dimensional model. The high precision of the relief also allows the accurate reproduction in scale, through 3D printing or the use of numerically controlled machines.

How does a laser scanner work?

The laser scanner is a survey instrument capable of measuring at very high speed the position of hundreds of thousands of points which define the surface of the surrounding objects.

The instrument is equipped with a series of mirrors and an emitter which, by rotating, emits a laser beam that hits the surfaces inside the instrument's shooting area.

The rays that hit the surfaces bounce and return towards the instrument with a return time that allows us to know how far that point is from the emission point, thus obtaining coordinates in space (x, y, z).

Therefore, thanks to this technology, it is possible to record the position of thousands of points for each stone (so-called point cloud) and to be able to accurately survey the entire archaeological site, obviously by moving the instrument to several positions (called stations). 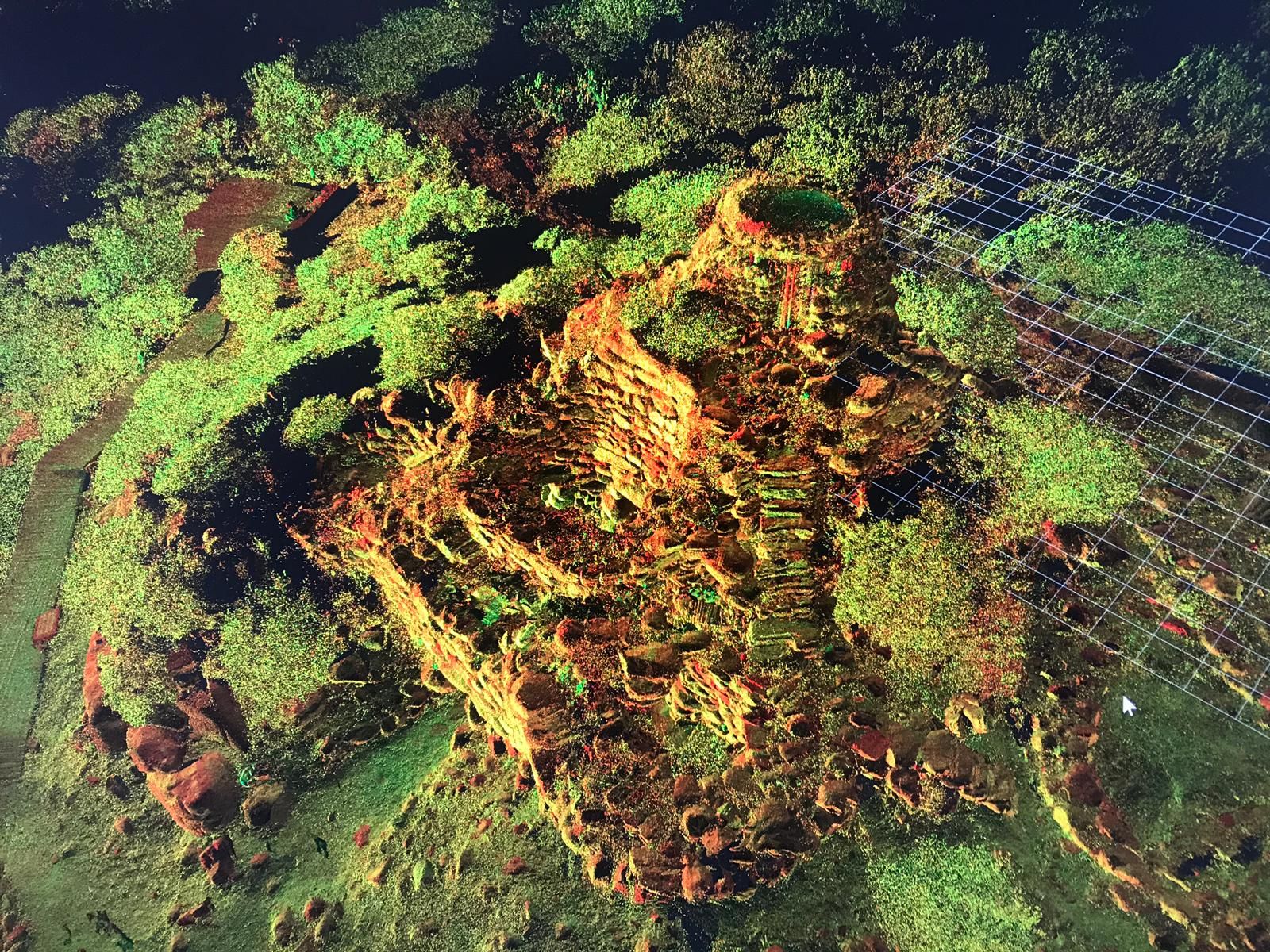 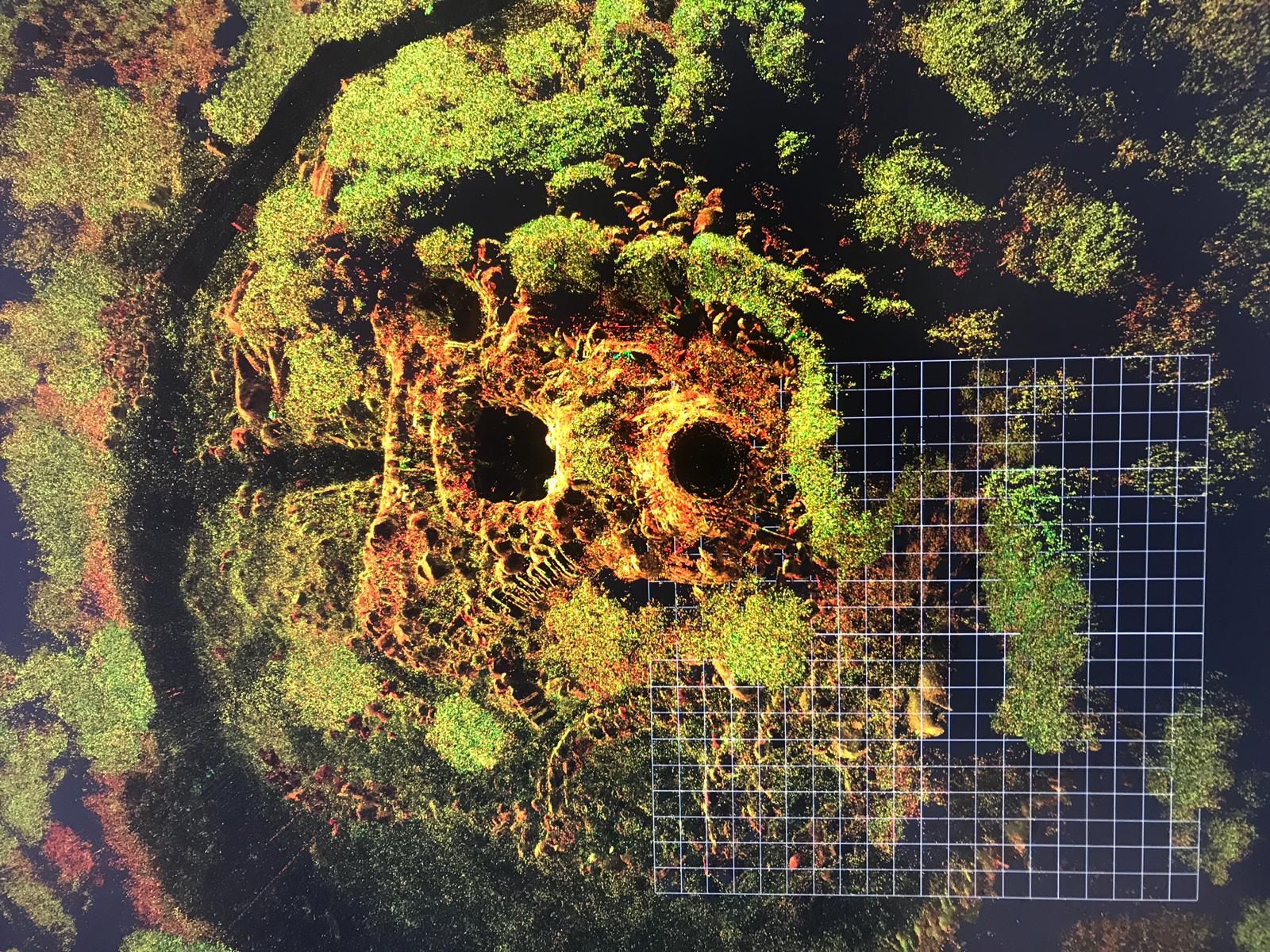 A model with perfect colors

While being very accurate in terms of size, the laser scanner survey is not precise in terms of colors. Thanks to the use of photographic footage, it was possible to fill this gap, reproducing the characteristic textures of the archaeological site in an extremely precise and truthful way.

Filming was carried out from the ground and also using a professional drone, which made it possible to record areas which were not visible from the walking surface.

How does photogrammetry work?

Photogrammetry is a technique that allows you to metrically determine the shape and position of objects, starting from at least two distinct frames showing the same object.

Through the succession of images taken in sequence and sophisticated algorithms based on geometry, it is possible to connect the different shooting points and faithfully reconstruct the textures that make up the archaeological site. 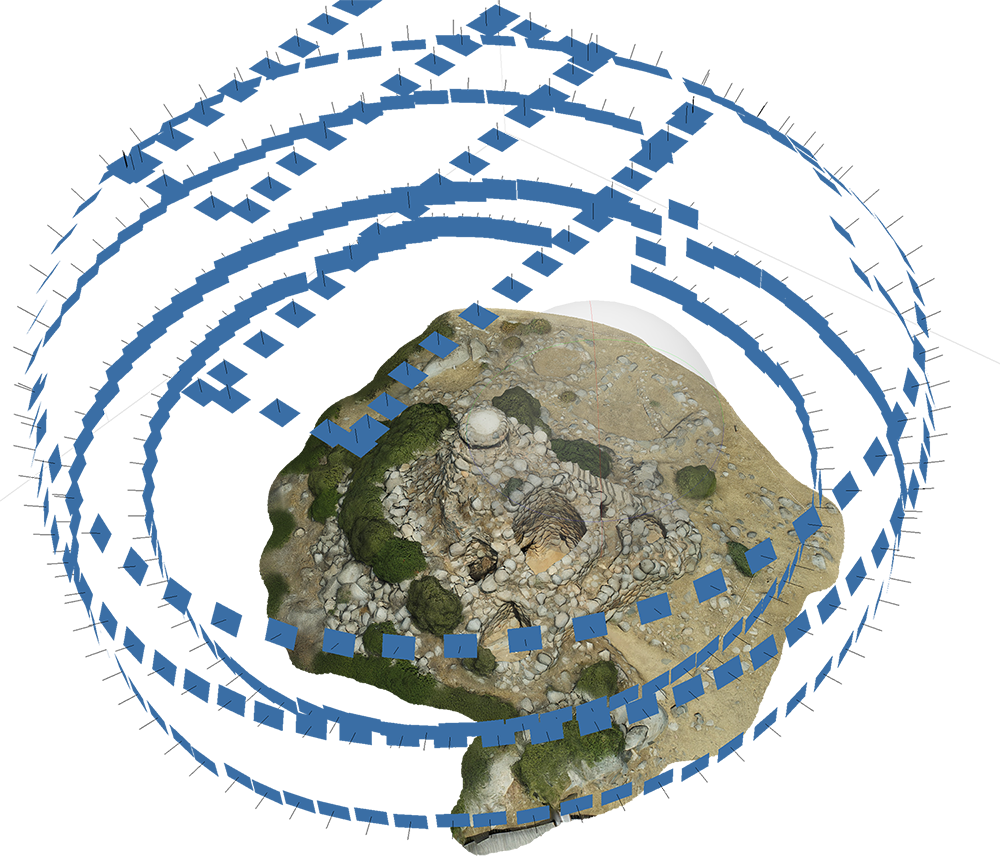 Let's imagine the nuraghe as it was

+39 338 5689854
This email address is being protected from spambots. You need JavaScript enabled to view it.